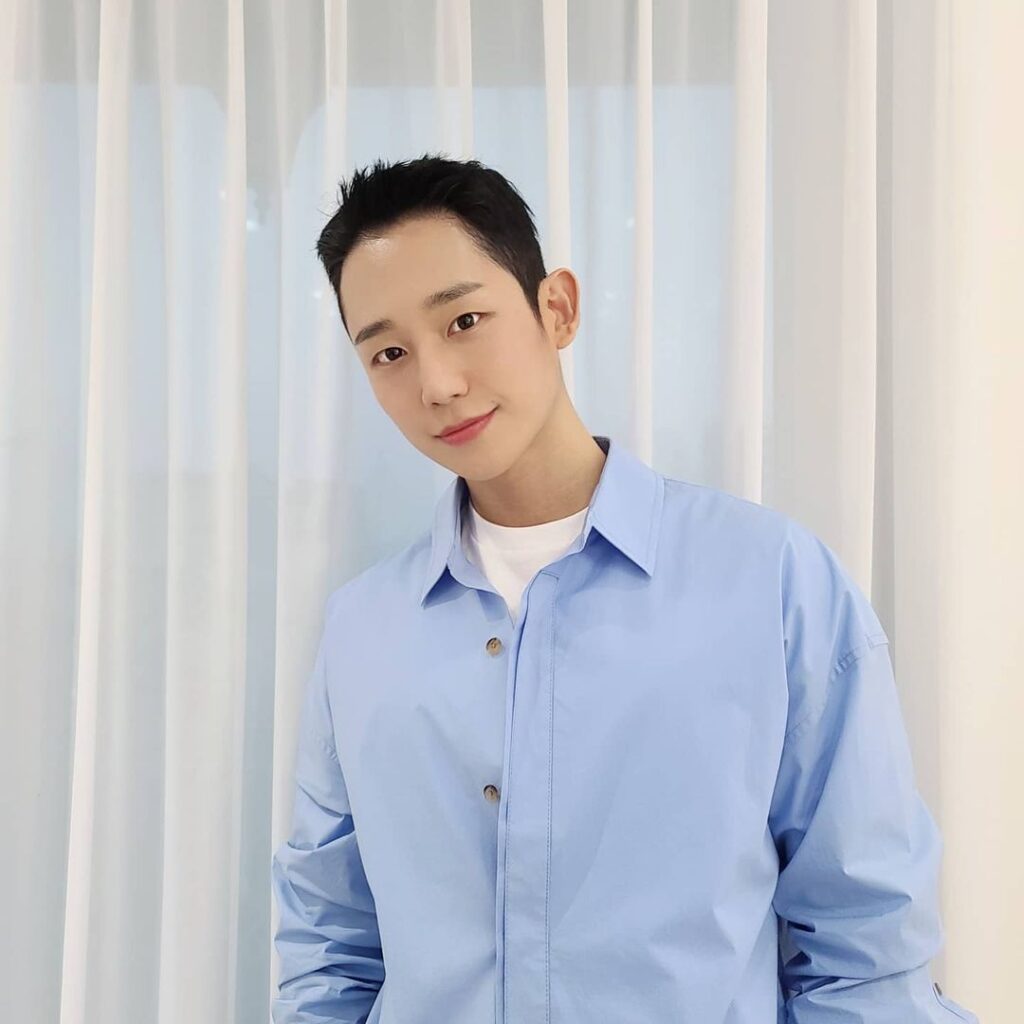 Korean actor Jung Hae-in made his debut in 2014 with “The Hundred Years of Bride.”He is a handsome young actor who has already been discharged from military service.

Who is Jung Hae-in’s Girlfriend?

Jung Hae-in had a rumor about love with Apink’s Son Na-eun.

In 2018, an article was posted online saying, “Jung Hae-in and Apink’s Son Na-eun have been in love for a month.”

But this ended with an April Fool’s Day prank that happened.

In 2018, Jung Hae-in had a false rumor about her passionate love with actress Son Ye-jin, who co-starred in the drama “Pretty Sister Who Takes Care of Me.”

Rumors also spread that they look so good together that they want to be a couple, not just in the drama.

Son Ye-jin said in an interview, “We’re not dating. I’ve never had such a reaction before,” he directly denied the rumor of ardent love.

Jung Hae-in had rumors of passionate love with actress Kim Go-eun, who co-starred in the 2019 movie “Yoo Yeol’s Music Album.”

The two are said to be close friends, although the rumor of ardent love has surfaced because they look good together.

Jung Hae-in said in an interview, “I am quiet and quiet.I have a younger brother who is 7 years younger than me.Therefore, he had to be calm and set an example.The background of such growth seems to have had a lot of influence on my current personality.”