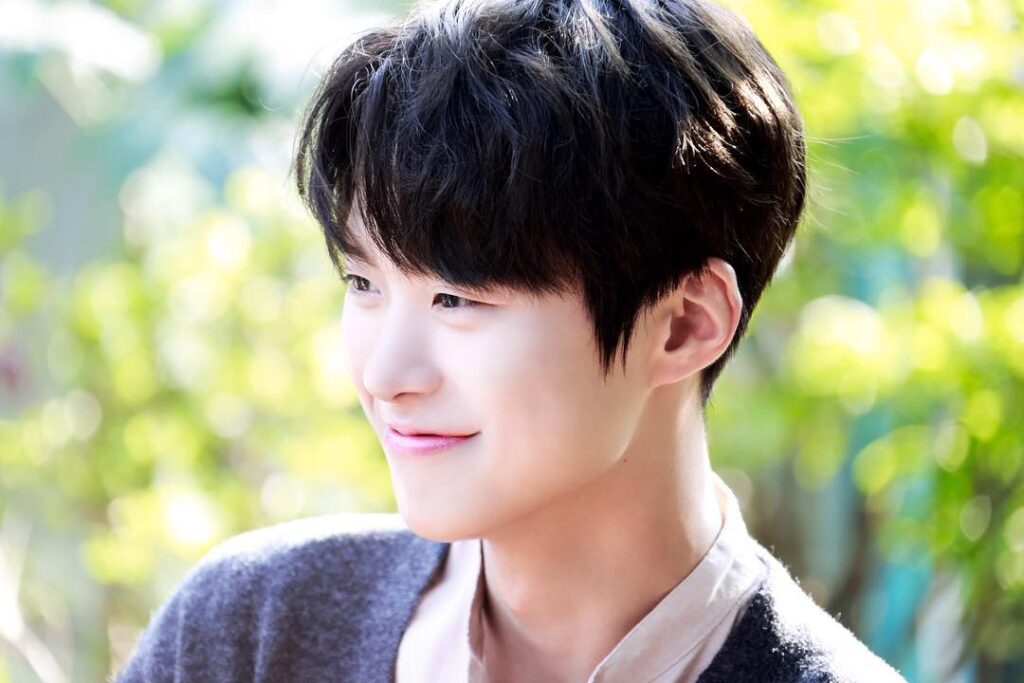 Korean actor Gong Myung is popular for his handsome appearance and puppy cuteness.He is a member of “5urprise,” a group of five handsome actors.

Who is Gong Myung’s Girlfriend?

Gong Myung appeared as a virtual couple with actress Jung Hye-sung on the variety show “We Got Married.”
Many fans supported the two, and there was suspicion that they were actually dating.

At that time, Jeong Hye-sung referred to Gong Myung’s interview and said, “Please keep an eye on me” about the possibility of love, raising suspicions.

However, rumors surfaced about Jeong Hye-sung’s love affair with Gong-chan of B1A4, not Gong-myung.
So the rumor about love with Gong Myung was fade out. Afterwards, Jung Hye-sung said in an interview that Kang Minhyuk, Gongchan, and Gong Myung are close friends.

Gong Myung made an impression on viewers by appearing on the variety show “Hello Counselor.”

Gong Myung also said that there were many similarities to Bi-ryum, who acted in the drama “The Bride of Habaek.”
Gong Myung said, “I showed a lot of young and free-spirited images in the drama, but I felt comfortable because I had similarities with my real personality. Except for God, Bi-ryum is also a person whose inner purity and freedom are firmly established.”